Federal spending on cybersecurity would increase by $1 billion in fiscal year 2014 under President Obama's budget, issued by the White House on April 10.

"We must also confront new dangers, like cyber-attacks, that threaten our nation's infrastructure, businesses and people," Obama said in a statement accompanying the budget. "The budget supports the expansion of government-wide efforts to counter the full scope of cyberthreats, and strengthens our ability to collaborate with state and local governments, our partners overseas and the private sector to improve our overall cybersecurity."

Obama's budget isn't expected to be enacted, and even if it were, Congress would need to pass appropriation bills to fund specific cybersecurity programs. The budget is a statement by the president of his spending priorities for the federal government. According to the White House Office of Management and Budget, Obama's 2014 budget devotes more than $13 billion to cyber-related programs and activities, about $1 billion above the fiscal 2013 requested level.

What follows are some of the cybersecurity initiatives, by agencies, the president proposes for the fiscal year that begins Oct. 1.

The president proposes to allocate $44 million in new funding to expand the Comprehensive National Cybersecurity Initiative to its fifth iteration, which would develop a comprehensive and coordinated system to foster cybersecurity information sharing across the government while protecting individual privacy and civil liberties. The initiative, first established by President Bush in 2008, outlines the government's cybersecurity goals. Additional funding for the initiative, known as CNCI-5, also appears in the budgets for the Defense Department and intelligence agencies, although for security reasons, those amounts were not revealed.

In February, Obama issued an executive order to promote cyber-threat information sharing between the federal government and the mostly private owners of the nation's critical infrastructure as well as work with industry to develop IT security best practices that could be voluntarily adopted by infrastructure owners. Legislation before Congress also would establish a process for government and business to share cyber-threat information.

Among the budget's aims for the Defense Department is to improve cyberspace operations and cyber-threat information. "Cyber-attacks targeting the financial industry and the government demonstrate that no sector, network or system is immune from cyber-penetration by those who seek to make financial gain, to perpetrate malicious and disruptive activity or to steal commercial or government secrets and property," the president's budget says. "Cyberthreats are constantly evolving and require a coordinated and comprehensive way of thinking about cyberspace activities."

Besides CNCI-5 funding, the budget includes improvements to cyberspace activities, including the cyber-forces led by the U.S. Cyber Command. According to the budget, cyber-investments will grow in response to emerging threats in cyberspace. Teams of cyber-experts - including defensive, intelligence and analytical - will defend the nation, as well as DoD infrastructure, by conducting reconnaissance, surveillance, development, maintenance and analysis.

In addition to CNCI-5 funding, the intelligence-community budget would support the Senior Information Sharing and Safeguarding Steering Committee, which the president established in October 2011, to guide and prioritize government-wide investments in classified networks and to support the administration's National Strategy for Information Sharing and Safeguarding. The budget would continue to support the protection of these critical networks that facilitate the intelligence community's information sharing and operational requirements. Similar funding is found in the president's budget for the Energy Department.

Obama says his budget maintains his commitment to increase funding for key basic research agencies, including $754 million for National Institute of Standards and Technology laboratories as part of the President's Plan for Science and Innovation, $131 million above the 2012 enacted level. This funding would accelerate advances in a variety of important areas, including cybersecurity, smart manufacturing, advanced communications and disaster resilience.

Obama proposes to earmark $93 million to the Justice Department to ensure that critical investments in IT security are made in a whole-of-government manner and that cross-agency priorities receive attention. 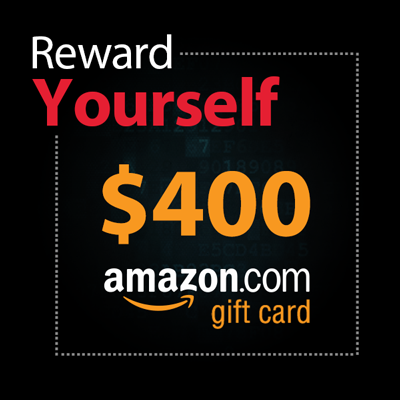